One sunny day in August 2008 changed my life forever – and although I didn’t realise it then, that day was the inspiration behind everything on this site – PLYT Games, PLYTIME, the Lollopers series and The Kiss of Lyme

Having spent the day flying kites with the children on the side of a hill in the Lake District, we noticed a number of tiny, raspberry seed sized dots on my daughter’s stomach.  I tried to brush them away but they wouldn’t move.  So I took some tweezers, pulled one off and placed it on the sink, then asked my son to find his spy kit magnifying glass.  By the time he returned, the raspberry seed had walked across the sink. On magnified inspection we discovered it was some sort of insect and there were dozens of them attached to the children – on stomachs, legs, arms, in their hair – they were all over.  We didn’t know what the creature was but once we’d removed them from the children, we thought nothing more of it and stupidly didn’t check ourselves (lesson #1 – check yourself) 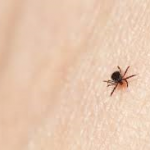 A few days later I discovered one of the raspberry seed devils – now the size of a pea – had been feasting on the back of my leg. Instinctively I swiped it off and watched it float down the shower plughole (lesson #2 – keep it so the doctor can test it for infection).  By now I knew it was a tick but I couldn’t imagine such a small thing could do any real harm – after all, I was fit, strong, healthy – it couldn’t hurt me so I did nothing (lesson #3 – if you catch an infection early you can treat it relatively easily).

The following week I was away with work and had a really bad case of man-flu – even though it was the middle of summer.  By this time, I’d forgotten all about ticks and just got on with life as normal but over the next few months I became more and more unwell. It was one thing after another; migraines, Raynaud’s syndrome, pain in my knees that was so bad I couldn’t get up the stairs, a constant feeling of nausea like my worst hangover without the fun of getting there…and then in December I lost my eyesight.  It was only temporary but it was enough to know something wasn’t right.

Months of tests followed before in 2009, I was diagnosed with chronic Lyme Disease – and my life turned on its head.

You can read about my story in The Kiss of Lyme – and how despite having no experience in the game industry I went on to set up a small games company that saw us launch 3 game platforms and over 30 games. 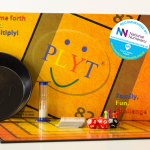 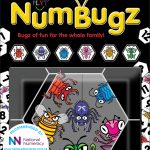 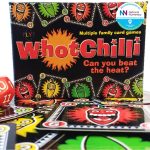 And how despite never having written a book before, one of those platforms, NumBugz, combined with my experiences with Lyme disease became the inspiration behind a children’s book series called the Lollopers and its first two books.

And why despite never having taught before, we set up PLYTIME tutoring which uses games to help children improve maths and english in a more enjoyable, affordable and accessible way. 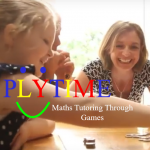 I spent the best part of a decade trying to recover from Lyme disease but by 2019, I was confident I’d beaten it (lesson #4 – you can beat it). Physically, emotionally and financially it had been tough but at least I’d managed to reclaim my life and I started to wonder whether my recovery could help other people. I remember when I first became ill, I didn’t know anyone who’d recovered and the longer it went on, the more I needed to believe I could get better. If I knew other people had recovered, and could understand what they’d done to get there,  then I would have had more confidence it might happen to me.  Unfortunately for me, I couldn’t find that inspiration and that’s why I decided to write the Kiss of Lyme.

I had my own story and views on the illness but if as I wanted to offer hope and advice to people with a wide range of symptoms,  my story alone wasn’t enough – I needed others to participate.  So I put a couple of requests out on social media and within a few hours I’d found people willing to share their story – I was amazed at how many people were willing and generous enough to share what they’d been through. I hope you find the book, and other information of this site, useful and if you have a story you’d like to share, please feel free to submit it here

If you have any comments, stories or suggestions please get in touch
Contact